Carol Gatewood, owner of the Learning Tree Child Care Center, is a huge advocate of the ZONO technology. As a health-conscious entrepreneur who is always trying to stay up to date with the latest green disinfecting and sanitizing methods, she still felt the sanitization measures she was taking in her centers were somehow inadequate and could stand to be
improved.

Carol saw the ZONO technology at the first Child Care Success Summit in Denver, and committed to testing the equipment in one of her five centers in Michigan. Carol left the conference impressed by the ZONO’s value proposition and said “If this works, it would be really great”. She saw this as an impactful opportunity to better protect her students and her staff from commonly spread virus and bacteria.

Carol’s machine was installed in late 2012. The Learning Tree had a routine Director’s meeting for her schools about 2 months after installation. During this time, there happened to be a mass flu outbreak across the region. The directors were discussing their problems keeping the centers appropriately staffed due to the sickness. Of the five centers, four were struggling most with the flu outbreak. The environmentally friendly cleaning and sanitizing solutions she had been using for years just weren’t getting the job completely done. The only center that remained stable and well-staffed was the one utilizing the ZONO. This was the Eureka moment, and Carol became aware of the power that a ZONO machine had in keeping her schools germ and sickness free.

Carol’s success with the ZONO was published in their local newspaper, and now the ZONO is prominently featured in her published COVID response protocol on her website. Today, the ZONO has become a standard installation into each center she opens.

Without the ZONO, the greatest risks Carol could face are monetary losses as well as loss of her great reputation in the industry. The importance of upholding the proper student to teacher ratio in the classroom during sickness outbreaks is pertinent to maintaining standards set in place by the child care system in our country. Now, Carol requires her staff to use the ZONO in their daily routine. If a child does happen to get sick, her staff uses the ZONO to disinfect and sanitize everything in the classroom, and sends a notification to the parents of other children in the room.

Carol Gatewood is devoted to child care because she truly loves children. She realizes the value in her investment into a ZONO because it allows her to disinfect and sanitize without exposing her staff and children to chemicals, green or otherwise. The parents of Carol’s students have visible evidence of her pledge to their health and safety, and equally love the ZONO.

During the years, ZONO has committed to being an ongoing partner with Carol’s centers by updating her machines with heat unit additions and replacing a unit after a center experienced an unfortunate fire. Carol’s testimony has validated the impact the ZONO can have on a child care center, and ZONO is thankful for her encouragement in recommending the ZONO to over twenty other centers across the country who have now adopted the technology as well. 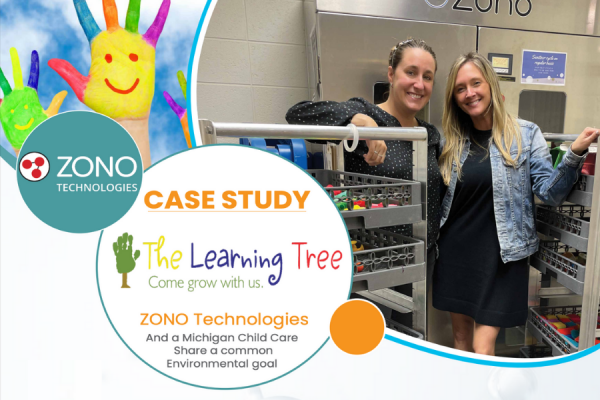 Register | Lost your password?
| Back to Login
nnn
Skip to toolbar